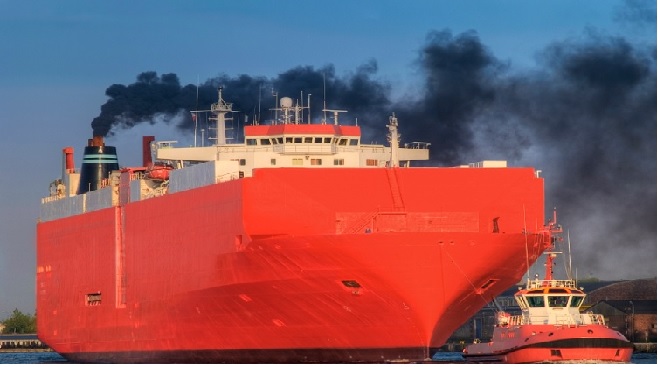 IMO Sulphur crackdown regulations!! What it mean for Oil Refiners and Shipping companies

New maritime rules from 2020 means world’s refiners needs to find way to get rid of their dirty by-products. Global shipping industry to limit its consumption of sulphur, a common impurity in crude that can cause respiratory problems and acid rain when it’s burned.

The current global limit for sulphur content of ships’ fuel oil is 3.50% m/m (mass by mass). IMO has set a global limit for sulphur in fuel oil used on board ships of 0.50% m/m (mass by mass) from 1 January 2020. The regulations for the Prevention of Air Pollution from Ships, seek to control airborne emissions from ships, nitrogen oxides, ozone depleting substances, volatile organic compounds and shipboard incineration and their contribution to local and global air pollution, human health issues and environmental problems.

The International Energy Agency (IEA) mentioned that by 2020 the price of fuel oil is expected to drop in tandem with demand. This will in turn put pressure on (fuel oil) cracks and simple refineries with high fuel oil yields. On the other hand, it could become more attractive to modern, complex refineries who have the secondary units capable of upgrading fuel oil into higher value lighter products.

The IEA stated: “Global refiners will be put under enormous strain by the shifting product slate. If refiners ran at similar utilisation rates to today, they would be unlikely to be able to produce the required volumes of gas oil. If they increased throughputs to produce the required gas oil volumes, margins would be adversely affected by the law of diminishing returns. In order to increase gas oil output, less valuable products at the top and bottom of the barrel would be produced in tandem, which would likely see cracks for these products weaken and weigh margins down.”

Fundamentally, the rule threatens to leave refiners with roughly 2 million barrels a day of unmarketable fuel oil, while shippers would be short the same amount of compliant low-sulfur fuel. The worldwide marine fuel market of over 4 million barrels a day accounts for more than 4% of overall global oil demand – 75% of which is now comprised of high-sulfur fuel oil – the 3.5% sulfur fuel the IMO is seeking to address. The rest is marine gasoil and low-sulfur fuel diesel, both of which comply with the new IMO regulations.

Global refiners need to find another way to get rid of their repellant by-products. In general, oil majors and refiners are looking to support the shift in bunker fuel demand arising from the new sulphur regulation in various ways.

Refiners are used to offloading their bottom-of-the-barrel fractions at a loss to compensate for the more profitable volatile products like petrol, diesel and naphtha, but the balance of that compromise is set to worsen in future. The cheap and cheerless path of pumping the oil industry’s impurities into the skies over India and Earth’s oceans is gradually disappearing.

Marpol Annex VI started with a global sulphur cap of 4.5% before it was lowered to 3.5% in 2012. The steep reduction to a global 0.5% sulphur cap by 2020 was decided in October 2016 by the IMO Marine Environment Protection Committee (MEPC).

There are three options set out in this paper that shipowners can consider complying with the IMO regulations.

Demand from the bunker fuels market will total about 5.3 million b/d in 2020, While there is a risk that this fuel specification change could be disruptive, the anticipated market reaction could benefit refiners with deep conversion/distillate oriented configurations.

It also provides refiners, particularly in the US and China, the opportunity to capture the value of their ULSFO component streams and increase their share of the global bunker market.

We also expect a shift in bunkering locations based on compliant fuels availability. Singapore, for example, could potentially lose some of its market share for bunker fuels to China as shippers look for alternative locations with a surplus of compliant fuels. China, with ample MGO supply, is well positioned to attract shippers.

New greenfield upgrading investments from refiners are unlikely to be purely driven by IMO regulation, and there is a need to look at longer-term rationale and strategic fit of these projects. Structural shifts in the fuel oil and gasoil markets may result in better economics, but that needs to be re-evaluated. For refiners choosing not to invest, the focus should be on infrastructure to capture the opportunity from their existing configuration and internal streams.

If refiners indeed move to significantly restrict the sale of HFO as they see higher margins from selling MGO, ships fitted with scrubbers and potential scrubber users would be left wondering if there will be enough supply of HFO to use. The surge in use of MGO will then lead to the question of what how will refiners deal with all the surplus of HFO which is a natural by-product of the cracking process.

Refiners are certainly not taking the plunge first by making huge investment costs to change production configurations, while most shipowners are adopting a wait-and-see approach as they consider the options before them. It is a dilemma for the parties involved. All the different options will be assessed by all the involved parties and they will have to choose one that they consider the most cost effective, suitable for their operations, and commercially sustainable for the long term.